The next book close to being ready for publishing is not a Ghost Unit book but it is related to that Series. In Ghost Unit Book 3, Wanna Play, Blaster and Jas spend some time in a Pirate’s hidden retreat in the Everglades. The story of that pirate’s current descendants is a contemporary romance and mystery
. Lost pirate treasure draws the nastiest sort of people. Yet that’s not the worst thing old Pirate Collin left his only legitimate heir.

What a lovely time of year. The holidays are coming!! I love the fall. It has been a long time since I slipped into my “author silks”, but at last, here we are. There is a little news that I’m thrilled about. Gail Faulkner’s titles are once again available in ebook from. Currently 8 of the previously published titles are available on Kindle. I am working on releasing all the books published under the Publishing House that Shall Not Be Named. After that’s accomplished I will be releasing a new book this fall. It’s not an erotic but I hope you enjoy it anyway. Thank you for stopping by. Gail
Posted by Gail at 11:09 AM 5 comments:

Thank you all SOOO MUCH!!

I’m humbled at the response to PREFECTLY EXPOSED. Thank you so much for the compliment of purchasing one of my books! Writing a review is going the extra mile and I am extremely grateful some of you choose to do that. It helps an author so much to do that!!!
Again, thank you all!!

She's back! Break out the champagne! Break out the band so we can all dance a jig in joy! Gail Faulkner has mastered her craft, and we, the readers, get to enjoy the fruits of her labors! She writes wildly wonderful love stories with commanding men and feminine women! Waiting impatiently for her next book!

* * * * * Rhonda rated it 5 of 5 stars
This book is so great
This was a well written fast paced book. It is also a real panty melting great time. Strong alpha Dom innocent submissive female and a lot of hot sexy times. Can not wait to read the crest of the Command Unit Books.

* * * * * Two thumbs up
By Ginny on May 8, 2015
Absolutely grand. Strong hero who after waiting stupidly for five years, gets the perfect -for -him woman. And then disaster strikes! Oh this was so good. Those who follow my reviews know 5 stars are unusual, so take note this really is five stars. Enjoy!

So happy we can share this. If you enjoy Jack and Hailey, feel free to give them a review. The rest of the guys in Command Unit would appreciate the time that takes as it will directly affect getting their stories out.

Thanks again for the support.
Gail
Posted by Gail at 6:26 AM 2 comments:

Here is a little bit of Jack and Hailey in a quiet moment.
She didn’t know what to do with what just happened. Everything about this man was so far out of her realm of experience that it pretty much became the definition of the term Out of Her League. For a short while after he had disappeared early Monday morning she had been confident that they would work out in some sort of normal relationship. That was clearly a gross overestimation of her ability to handle all that was Jack Stone.
“Jack?”
“Mmm?” he responded, his hands moving tenderly up and down her back.
“This isn’t going to work,” she confessed softly.
“Why’s that, little one?” he wanted to know, his rumbling voice calm, and if she wasn’t mistaken, a little amused. Clearly he didn’t grasp how huge the problem was.
“It can’t. I didn’t know it was possible to…” She couldn’t find the words to name whatever it was he’d given her. It was so much more than an orgasm. “To whatever it is we just did. I don’t even know what to call it.”
Fingers of one large hand combed through her hair and over her back again as the other petted across hip to her butt and cupped, gently squeezing.
“That’s okay, baby. I’ll teach you.”
Pondering that in the sluggish remains of her brain, she frowned. “You won’t get tired of having to teach me the good stuff?”
A chuckle bounced her head on his chest. “No, I won’t get tired of teaching you.” Adorable in her worry that she didn’t know “the good stuff” like he did. Even when she was trying to break up with him he thought she was the cutest thing he’d ever seen. So responsive she drove him to his knees, her overwhelming sexuality the most beautiful gift he’d ever received.
Pre Order Here – PERFECTLY EXPOSED

I’m excited to offer this start to a new series, Command Unit. Command Men get the job done, regardless. That goes without saying but when this sort of man’s women is threatened, shit gets vicious. (Sorry for the crude langue, guys talk is raw and these guys do not give a fuck. Again, they apologize to the ladies.)
Also happy to say the second book is almost complete, working title, Long Shot. At preview of Mike and Serra’s story is included in Perfectly Exposed.
Pre-Order Here:
Posted by Gail at 9:52 AM No comments: 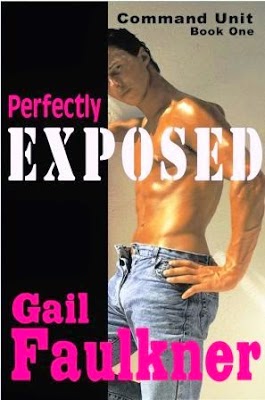 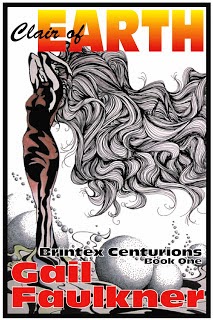 You can buy it NOW 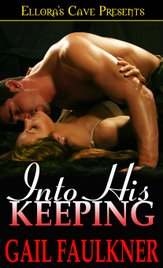 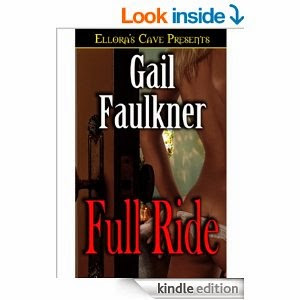 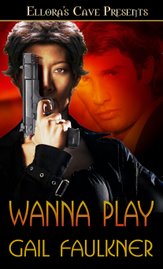 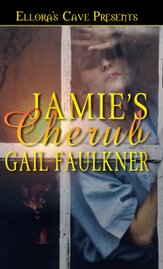 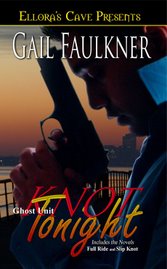